Utah is the 2nd fastest “urban sprawl” in the nation 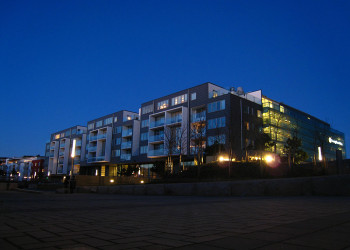 The next time you drive around the Wasatch Front, look around and you will notice there are more apartments than there were 12 months ago. Not only will you see new apartments, but new homes, new businesses, new retailers and new offices; all of which, gobbling up rural land.

Utah is the 2nd fastest “urban sprawl” in the nation, growing at 17.6% over an eight-year period and hasn’t slowed down.

In a recent article in, The Salt Lake Tribune, it’s reported, “…the U.S. Census Bureau and U.S. National Resource Conservation Service shows the amount of developed land covered by urban areas in Utah grew by 17.6 percent between 2002 and 2010.

That was the second biggest percentage increase among the 48 contiguous states, behind only Nevada’s 18.7 percent. At the other end of the spectrum, North Dakota had the slowest urban sprawl, growing at just 1.3 percent.